," Mexican author Carlos Fuentes lends credence to Tolstoy's paradigmatic line from "Anna Karenina," demonstrating in myriad ways that, indeed, "every unhappy family is unhappy in its own way."

Certainly, there aren't many "happy families" to be found in these pages - more like miniature cyclones of emotion that oscillate between loyalty and betrayal, devotion and rebellion. These 16 stories, like most of the author's fiction, spotlight his home country, though more often than not it's portrayed in less-than-rose-colored hues. A former diplomat, Fuentes is acutely aware of the corruption (a "national pastime"), greed and opportunism that pervade modern Mexico, and he rarely misses an opportunity to dig in and expose the raw-boned truth beneath the surface.

"Being a man doesn't mean not being a child anymore but beginning to be a criminal," notes the narrator in "The Mariachi's Mother," a simmering portrait of a mother's love for her son and desire for him to lead a better life than she. After Maximilian is injured in the wake of a violent protest, Doña Medea supplicates herself in prayer for her son's recovery - though she wryly notes "that even though her example of charitable availability benefits no one, at least it creates something like an aura of kindly normality in a neighborhood with no standard but evil."

Julián Ayesta: Helena, or the Sea in Summer

Books are often about the same things: the beach, a fire, a memory of sound and light. "The cherry jam shone bright red amongst the black and yellow wasps, and the wind stirred the branches of the oak trees, and spots of sunlight raced over the moss." This sentence, written by Julián Ayesta (1919-96), a Spanish diplomat and sometime author, could stand in for any number of literary memories.

There are some books that we talk about with each other. What did Isabella Archer have in mind, at the end of "The Portrait of a Lady," when James reported that she now finally knew where to turn, that now, to her, "there was a very straight path"? More than one reader is prepared to discuss the question. But only a few of the very most famous novels stay out in the open like this. Most remain private affairs, bottled, stored away.

The cherry jam shone bright red ... The coffee shone too, black amongst the cigar ash in the saucer. And the men all wore lopsided grins because they had a cigar in their mouth and talked and laughed like toothless old crocks, poking out tongues bright with spit as they blew out clouds of blue smoke.

Julián Ayesta's one published novel has only part of what we want from fiction; it is short on conflict and long on atmosphere. Originally published in 1952, and titled "Helena, or the Sea in Summer" (Dedalus, 124 pages, $12.99), this short book sets an idyllic series of early adolescent scenes against the tense backdrop of pre-revolutionary Spain. It reads like repeated sips from Keats's ideal cup of inspiration: "O for a beaker full of the warm South, / Full of the true, the blushful Hippocrene." It is slight, but intoxicating. 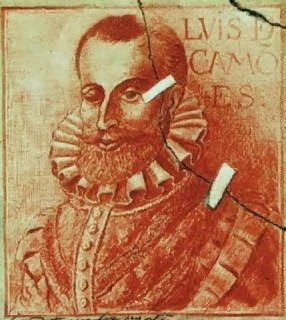 In its great century, Portugal commanded an empire extending from Brazil to India. Vasco da Gama reached the coast of India in 1498, and in 1500 Pedro Cabral first sighted Brazil. But the imperial glory was short-lived. In 1580, Philip II of Spain invaded and added Portugal to his kingdom, where it remained unhappily for another 60 years.

But Portugal lost more than its independence in that year. For in 1580, Luís de Camões, later acclaimed as the national poet, died in Lisbon and was cast along with other victims of the plague into a common grave. In "The Lusiads," his great epic of a new world, Camões immortalized the exploits of da Gama, to whom he was distantly related, while in hundreds of shorter poems, he griped — and griped beautifully — about his own disastrous life. To be the national poet of Portugal, the country where the melancholy "fado" was born, is perhaps inevitably to be a laureate of hard luck.

Portugal's Nobel Literature laureate Jose Saramago has announced the completion of his latest work "The Elephant's Journey", based on the real-life epic journey of an Indian elephant named Solomon who travelled from Lisbon to Vienna in the 16th century.

Saramago's achievement marks a rebirth for the veteran writer, 86, whose flagging health, for which he received hospital treatment late last year, sounded alarm bells in the literary world.

The author describes the book as "a story rather than a novel". It will be published shortly in Spanish, Portuguese and Catalan, and opens with the line: "However incongruous it may seem..."

Saramago has been captivated by the tale for last ten years, ever since he made a visit to Austria and went to eat by chance in a Salzburg restaurant called The Elephant, the author says in a long email interview published recently in the Spanish press.

The Elephant's Journey is filled with characters, some of them real historical figures, others anonymous fictional creations: "they are people the members of this travelling caravan encounter on their journey, and with whom they share perplexities, efforts and the harmonious joy of a roof over their heads".

Email ThisBlogThis!Share to TwitterShare to FacebookShare to Pinterest
Labels: José Saramago
Dedalus Books has just launched a new volume of its collection dedicated to the Portuguese writer Eça de Queiroz

, this time is “The City and the Mountains”, translated by Margaret Jull Costa, who has recently won The PEN/ Book-of-the-Month Translation Prize with other of Queiroz' novels “The Maias”.

Machado de Assis: A Chapter of Hats and Other Stories 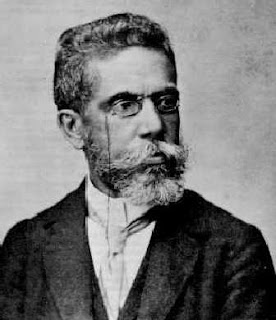 ' A Chapter of Hats and Other Stories.

Joaquim Maria Machado de Assis, who died 100 years ago this month, is Brazil's most famous writer. He has been less successful outside Brazil, possibly because his dry, laconic style does not chime with our perception of Latin American fiction.

Machado de Assis's style is more closely related to that of Saki or Sterne than the magical realists of recent times. His humour is dark, verging on bleak. His acuity is second to none.

The author's own life makes a compelling story. He was born in 1839, the mixed-race grandson of freed slaves. He is thought to have taught himself to write, and later became fluent in English and French.

Harold Bloom has called him, somewhat patronisingly, "the supreme black literary artist to date". For Woody Allen, he was "a brilliant and modern writer whose books could have been written this year".

The stories in this collection are reminiscent of Allen in the way they plunge into the action, often with a couple of friends engaged in energetic banter on a street corner. One might be telling the other a gossipy story - about love, jealousy or sex.

"She wasn't a seamstress, she didn't own property, she didn't run a school for girls; you'll get there, by process of elimination." The other man's interjections give the story added fizz.

Machado de Assis was fascinated by psychology and human motivation. His characters are never merely irked or enthused by events: they get caught up in dangerous emotions.

Help us by shopping at Amazon